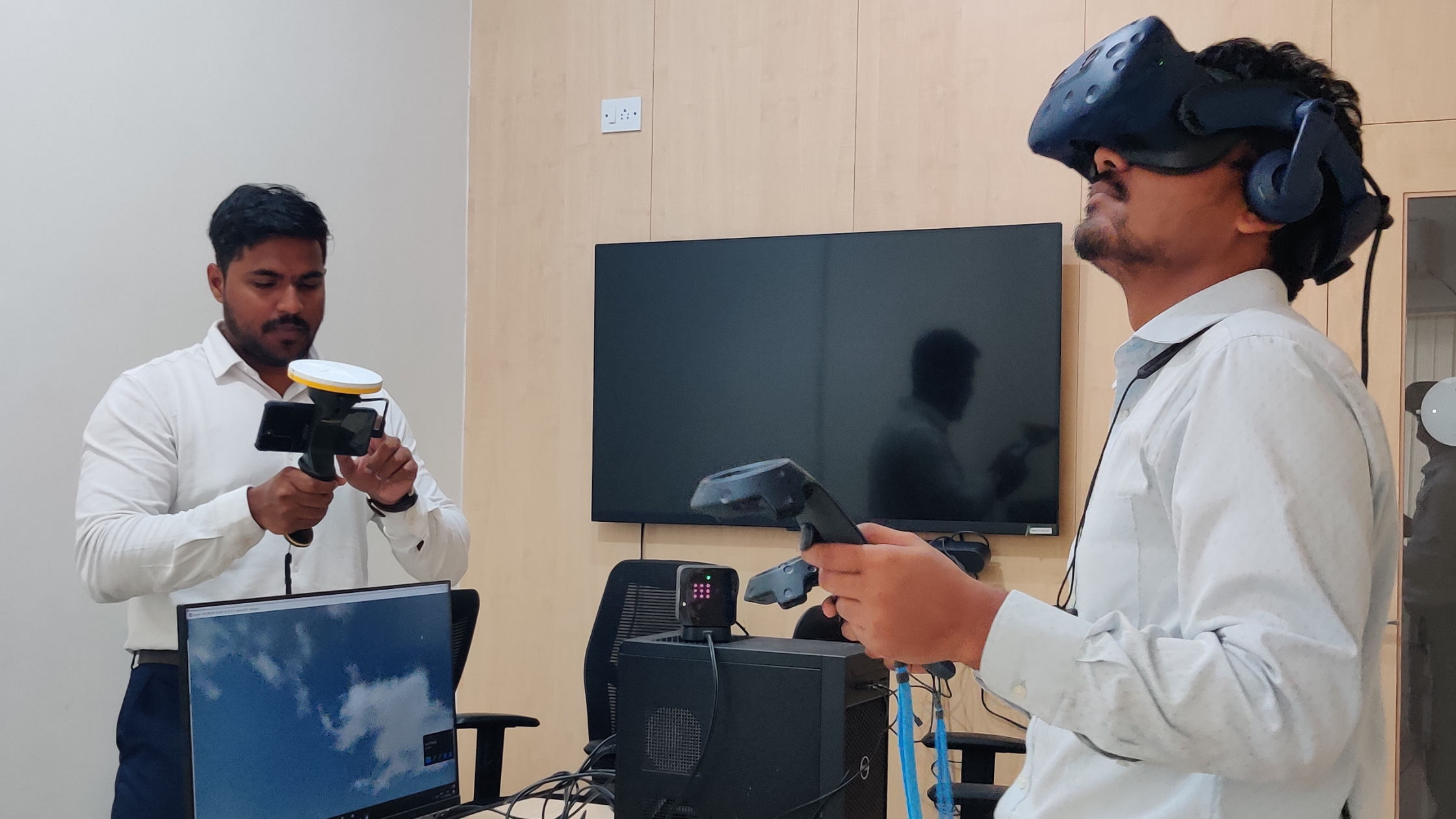 Enhance your project visualization experience with AR and VR technology

Efficient visualization and communication are essential to an effective understanding of the project's progress Augmented Reality and Virtual Reality technology offers the ability to visualize, measure, collaborate and report the progress of a project.

The first critical component in the implementation of AR and VR  is three-dimensional data. 3D architectural design files, and BIM models, combined with LIDAR scanning of existing facilities, construction professionals will have an end-to-end solution for capturing and placing visual information in the field.

The required facility to be developed in the digital platform is to be scanned with our top-of-the-line LiDAR scanners and the processes further involved in developing the digital twin of the entire facility and then using that in virtual reality applications.

How can this process of bringing an existing facility into a digital platform using Lidar scanning technology be implemented in different use cases?

LiDAR - Light Detection and Ranging, also known as Laser scanning or 3D scanning, is a specific remote sensing technique that uses light in the form of a laser to measure distances. LIDAR is applied to scan an area or landscape, and to register and record data points to create a point cloud. This data is then registered precisely and is used for As-built verification and documentation to create the BIM model.

BIM is the central console and the same BIM model & point cloud data can be visualized in VR using VR gear and can be bought into an AR device allowing the user to walk around the actual site virtually.

Place and view geo-referenced BIM models from any angle at a true-to-life scale (above or below the ground). Load and place the BIM model Using the GNSS, you walk around the site to visualize the model in the real world. Selectively view every element of the constructible, with all of the associated services using the layer-viewing controls. Compare the designs with the current site by adjusting the opacity controls. By using AR we can keep a close eye on the construction and continuously compare between site and design.

Traditionally, contractors use video recording or GPS surveys with 2D plans to check & verify the construction progress. VR visualization of point clouds costs much less, and information about the status of work is more accurate. It allows construction companies to make realistic decisions in the field, conduct compliance verifications, and develop solutions when deviations occur.

Visualizing point clouds in VR gives them all the dimensional information they need, even for a large-scale or complex project.

The use of AR in on-site verification enables the verification process to be easy and accurate as the model is directly compared with the model and all details at the tip of the finger, eliminating most of the difficulties or giving a lot of time and accurate data to make a decision.

Visualizing the point cloud in VR makes it possible to capture the structures that will be built as well as their surroundings. This is very helpful for renovation or retrofits works because architects and engineers have to compose with what has already been built. They can navigate the building in VR and have a better understanding of how to start their new design. Visualization of point clouds minimizes repetitive site visits and there will be no fear of missing any measurement, as the point cloud already has accurate data and it is measurable too.

Visualizing the model in AR true to life-scale at the site makes it possible to compare the structures that will be built as well as their surroundings.

This is very helpful for renovation or retrofits works. The design can be tested to site conditions and the deviations can be identified at a very early stage of the beginning which helps the engineer, designer and stakeholder have all the data to make the most optimal decision.

3. Fitting new equipment inside a factory

When you undertake a renovation or refurbish an existing manufacturing facility, 3D point clouds enable you to assess existing architectural data quickly. Virtual Reality visualization will allow you to place the 3D model of your new equipment inside your point cloud to see if it fits. It will also help during the replacement projects by making your workers pre-visualize where the obstacles in the transportation routes for removal and equipment installation. This innovative method of as-built verification using point cloud data has a myriad of potential benefits, including higher productivity, higher accuracy, and improved safety.

AR is useful to test the equipment in existing condition and all the necessary arrangements can be made. The path of new equipment for mobilization within the facility can be checked and can be kept clear. The mobilization sequence can be studied which results in saving time and more accurate execution of the task.

In a corporate building construction project, we as BIM consultants developed the model and set up a VR lab for the client in their facility and using a

The site is used to be scanned periodically using our LiDAR scanners and scanned point cloud data was sent to the client for progress monitoring. This helped the client to monitor all stages of the project and a close eye on the project. Even though the stakeholder was not in the same locality where the construction was going on, instead of traveling to the site, the client received the accurate site data and visualized it in VR, and the walkthrough for the CPM Site captured data was visualized in the VR which enabled the stakeholders to walkthrough site from remote place and monitored the site. So the stakeholder can visualize the ongoing project and measure and comment and create a to-do list so that the corrective measure can be taken at the very start of deviation.

In a road construction project in which we are the Digital consultants for effective monitoring of the project, we offered the client both AR and VR implementation along with 4D BIM in which we visit the site at periodic intervals of time and capture progress using our LIDAR scanners and cross verify with the agreed model and measure the progress with respect to time.

In this project, All the as-built Catch Basins top cover was not matching with the design model. A few examples have been shown in the picture. And this was found using the AR, the person visiting the site won't be able to memorize all the details but when we are using the AR we have all the details at our fingertips.

As you can see in the other images as per design there were four gratings but when we were doing the inspection with AR on site there were only three gratings executed in different locations. This Issue was identified with AR  and the corrective decision was taken by the stakeholders at the very start of the deviation.

The other deviation was found at an early stage using AR, pipeline levels were not achieved by the contractor at site deviation was rectified, and again levels were verified by AR. We have also set up a VR lab in their facility where the BIM model is being experienced by the design team and the LIDAR scan data is being visualized in VR for better understanding and it's very helpful to make decisions and quick changes as per the actual site conditions.

Case 3: Usage of AR and VR in a manufacturing facility in the reorganization of the assembly line.

For a manufacturing facility, we gave the AR VR solution.

We scanned the assembly line with a LIDAR scanner and visualization of the point cloud was done by a VR solution. and designers used that to make modifications, then the new design is tested and optimized using an AR solution.

The project was executed with higher accuracy & efficiency. The team studied the installation sequence for new equipment and different possibilities of placing and got an optimal sequence which resulted in a higher production rate and less ideal time for machines.

From all the above case studies we can say that 20 years ago computers were not seen in every location and now the era has been transformed to mobile devices. Now AR and VR usage is becoming more popular, in near future. We will only be seeing VR meetings as common and Ar aided planning for retrofitting and mixed reality experiences of training, project monitoring, and virtual shopping malls.

Thank you! Your submission has been received!
Oops! Something went wrong while submitting the form. 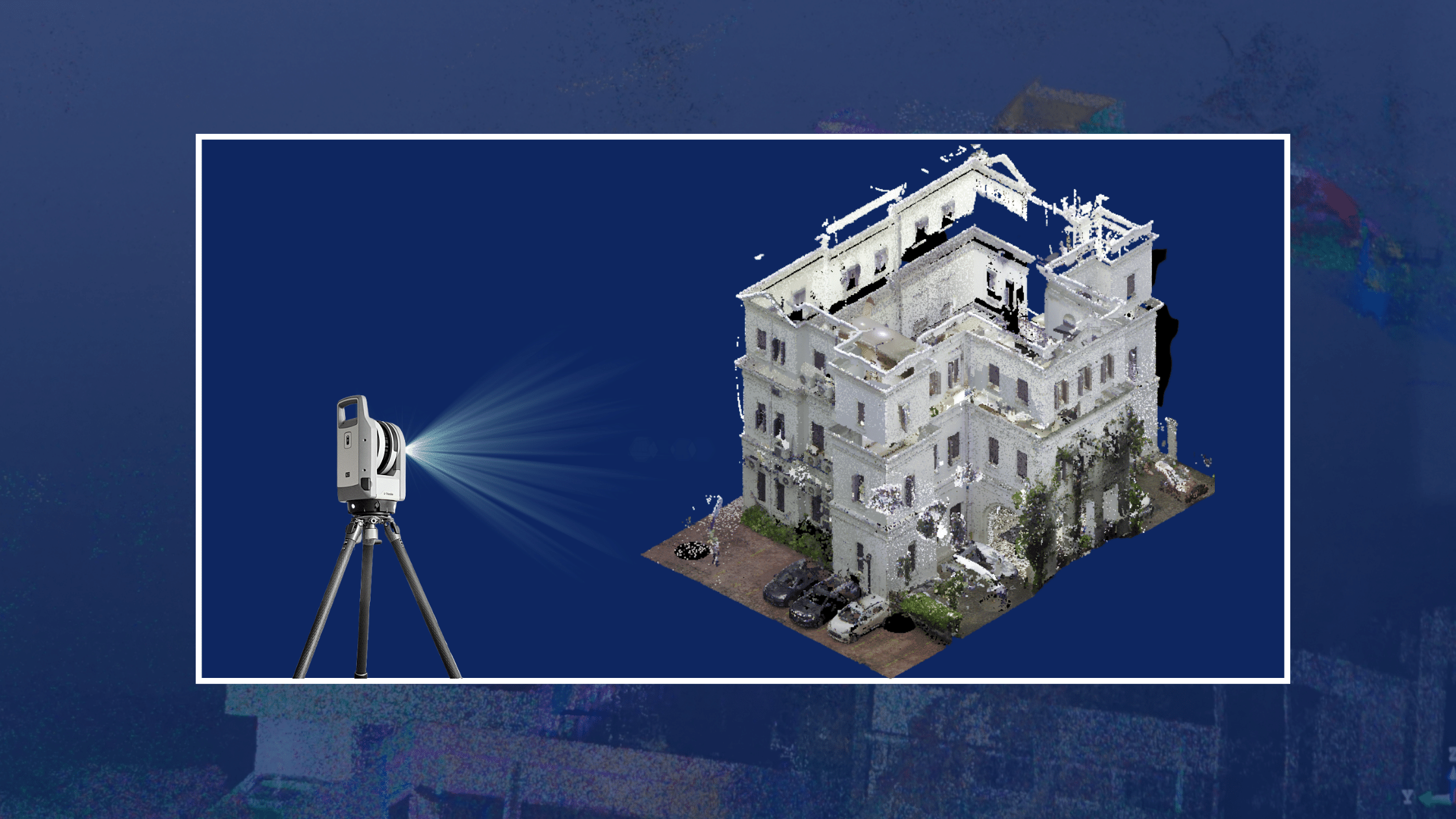 3D laser scanning technology is revolutionizing the way businesses and consumers interact with their surroundings. By providing an accurate, three-dimensional representation of an object or space, businesses can save time and money while consumers can get a better understanding of the world around them. What COP 27 means for real estate and NetZero

As the world leaders meet in Egypt for COP 27, the 27th meeting of the parties to the United Nations Framework Convention on Climate Change (UNFCCC) treaty, it is important to remember that climate change is still a pressing issue. If you are in the construction industry, you know that technology has significantly impacted how projects are completed. One of the essential technologies for construction is #laserscanning.